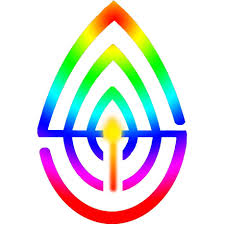 What amazes me is that Swedenborg seems hardly to ever have swayed from his belief in God, even in his long scientific period of life. After a career of delving into numerous scientific and practical fields, he used philosophical reason to extrapolate on the insights he gained from his scientific enquiries. It was not unusual for scientifically minded individuals of his day to summarise what they make of it all (philosophically), and the boundaries between science and philosophy were certainly more fuzzy then than now. It is when elevating scientific finding into philosophical insights that the main aim of the philosopher begins to be revealed. More and more philosophers were concluding that research findings closed the eye to the visibility of God. It seemed that the traditional aphorism, “Absence of evidence is not evidence of absence” was being obscured behind the clouds of greater philosophical certainty.

But socially, in Europe, at least until the mid-1800s, it was still unpopular and unfashionable to profess to be an unbeliever, even if the tide was gradually beginning to turn. While the famous poet Percy Bysshe Shelley in 1811 was still a student at University College, Oxford, he crafted and printed an essay called “The Necessity of Atheism” in which he wrote: “the mind cannot believe in the existence of a God,” because he saw no reasonable outer evidence for such a conclusion. When the tract was sent to the heads of all Oxford University colleges the pamphlet so shocked the authorities that Shelley was “rusticated for contumacy” (suspended for stubborn disobedience of the authorities) because he refused to deny himself being its author. Around that period it was normal that fathers by default got custody of their children if ever a marriage split (in those days he would be the main financial provider). But due to Shelley’s publicly professing his atheism, he was the first man for which the courts decided that it would be better not granting him custody over his children (most likely they assumed no good role model would be provided by a non-Christian parent). Such were the conventions.

Swedenborg perceived the rationality of the age ahead of him, which I suspect troubled him. His philosophy was employed to prove the opposite, that a God does exist and that we have a soul. Even his scientific endeavours were also pitched at the pursuit of proof of God, although science turned out not to convince of itself, except when a reason had already been accepted. He was later to indicate that such non-absolute proof would destroy our freedom, especially for us to exercise our rationality freely and to feel our reason and conclusions as our own. While still in his scientific period, in his work “The Infinite, and the Final Cause of Creation” – published in 1734, the same year in which he finished his major philosophical opus “The Principia” – Swedenborg states:

“Philosophy, if it be truly rational, can never be contrary to revelation… Reason or understanding is a faculty partaking both of the soul and the body, whose end is to enable the soul to be instructed through the body and its organs… the rational cannot be contrary to the Divine; since the end for which reason is given to us is that we may be empowered to see that there is a God, and to know that He is to be worshipped.”

In this he sounds almost like a gifted musician who is offering all his skill and talent, effort and works towards glorifying the Creator.

We are not rational simply because we can reason, mainly because we reason from falsities introduced by egotistic tendencies (and ignorance), which Swedenborg asserts has destroyed the proper order of rationality in us. Because we have more freedom and less knowledge at birth than animals, who have instinctive knowledge, we often end up being worse off than animals once the proper order of our reasoning is aligned to influx from our higher source. The true order of life – and of the celestial people – is this: from the Lord comes wisdom, from that wisdom comes intelligence, from intelligence stems reason, and by reason the scientifics of the memory are brought to life. (AC121)

The relatively recent meteoric rise of the field of Behavioural Economics shows plenty of evidence of how biased and blind we are in much of our own thinking (see the work of Daniel Kahneman, Carol Tavris, Nassim Nicholas Taleb, etc). The list of identified biases (systematic errors of thinking and judgement) seems to be growing almost daily. I relate this to Swedenborg repeating his assertion that we have much falsity in our mental systems. As a result of us being blind to truth and reality, rational justifications are frequently part of our intellectual diet. Such justifications are the appearances of rational stories which we use to explain in hindsight why we did something. These justifications invented after the fact are often believed as true by the teller but can be exposed by the researcher as showing they are inaccurate reasons. We don’t make an error in the story alone. Justifications can be a type of subjective or false excuse, maybe in defence of our actions, or out of ignorance of our lack of seeing the primary power of our affections at work.

Unless there is a foremost love of truth above any love of self (i.e. by shunning self-justification efforts), there is no perception by which to see for ourselves whether something is actually true. This lack of perception is partly due to the opinions that we already hold as a result of having ‘proved’ it for ourselves earlier (chosen to believe it) from our sense impressions or from some superficial interpretation, and partly due to the misconceptions that lend support to the preconceived notion. That last point is loosely based on AC8521, in which I believe Swedenborg pointed out a hot topic in modern psychology, namely that of ‘confirmation bias.’ Our bias endorses a preconceived, predetermined opinion or interpretation and selectively seeks evidence (reasoning) in support of it, while avoiding and filtering that which does not support it.

The trouble is that sometimes we are not even aware that our reasoning is flawed, which makes a mockery of our ‘beliefs’ based on such ‘knowledge.’

For example, you go to the supermarket and stop by some shelves offering French and German wine. You buy a bottle of French wine. After going through the checkout you are asked what made you choose that bottle of wine. You say something like “It was the right price”, or “I liked the label”. Did you notice the French music playing as you took it off the shelf? You probably did. Did it affect your choice of wine? No, you say, it didn’t. That’s funny, because on the days we play French music nearly 80% of people buying wine from those shelves choose French wine, and on the days we play German music the opposite happens. This study was done by Adrian North from the University of Leicester. Only 1 out of 44 customers who agreed to answer some questions at the checkout spontaneously mentioned the music as the reason they bought the wine. When asked specifically if they thought that the music affected their choice 86% said that it didn’t. The behavioural influence of the music was massive, but the customers didn’t notice or believe that it was affecting them.

Our sciences and philosophies are not immune to these subtle and unconscious effects of our affections, battling it out with our reasoning. As Mark Twain once said, “There is something fascinating about science. One gets such wholesale returns of conjecture out of such a trifling investment of fact.” 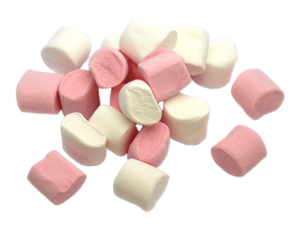 But the news is not all bad. We are certainly not born a blank slate but have some good remaining in us. Recent psychology studies with young babies before being trained into beliefs show they have an innate preference for good over evil, and that children around age of three are eager to help others out solving all sorts of troubles, “and what’s more, they seem to enjoy it!” (PBS series “The Human Spark”). Children, like adults, can – and often do – struggle against innate hedonistic tendencies (see the Marshmallow Test, which creates a scenario of choice between “having it now, or waiting for a greater reward”). A recent update on it from Rochester University shows that if the kids are first primed with a negative experience, they are much more likely to act out of self-interest than if the Marshmallow Test is preceded by a positive incident engendering a sense of trust. So very much is up to the modelling created by their care-givers.

To leave the final word to Swedenborg (DLW258):

“Each of us is born with the ability to understand truths even at the deepest level where angels of the third heaven live. As our human discernment climbs up on a continuum around the two higher levels, it receives the light of wisdom from those levels. As a result, we can become rational in proportion to its ascent… The reason we do not become rational to the highest degree we are capable of, is that our love, which is a matter of our intent, cannot be raised up in the same way as our wisdom, which is a matter of our discernment. The love that is a matter of intent is raised only by abstaining from evils as sins and then by those good actions of thoughtfulness that are acts of service, acts that we are then performing from the Lord. So if the love that is a matter of intent is not raised up along with it, then no matter how high the wisdom that is a matter of our discernment has risen, it ultimately falls back to the level of its love.”

A worthy book to read is “A Thoughtful Soul” by George Dole. Earlier its title was “A View From Within”, but the later edition has a marvellous foreword by the late professor Huston Smith which relates to what has been said here above.

With love and kind wishes.

May your month be reasonable.