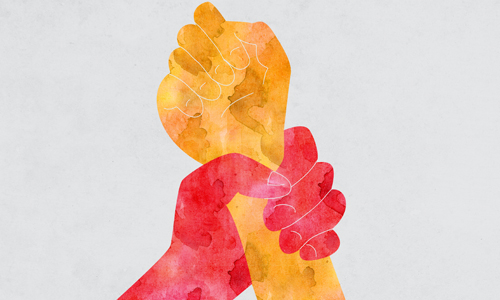 The 27th chapter of Genesis contains the account of Jacob conspiring with his mother, Rebekah, to deceive his father Isaac and stealing the blessing intended for Esau. What a remarkable story to find in the Word of the Lord. How are we to understand it?

Jacob, the future patriarch of the twelve tribes of Israel, uses outright deception and lies to gain the best blessing; the blessing that was rightly his older brother Esau’s. And it appears from the story that Rebekah, Isaac’s wife and the mother of the twins, not only conspires with Jacob in his lie but the whole deception was her idea.

This was not the first time Jacob cheated his twin, Esau. And, I think it is safe to assume that this was not the first incident of Rebekah acting opportunistically in advancing the interests of her favoured son. Jacob had already obtained the precious birthright of the firstborn by inducing Esau to sell it for a simple meal of lentil stew. We think of Jacob then as a sharp trader, a man quick to seek advantage for himself, willing to use deception, looking out for himself. Is this man a hero for us? Are we to do the same? Shall we live like Jacob?

Maybe, if we stop the story here, but reading further we learn that Jacob paid for his deeds. He fled from home after this deception. He was twenty years in exile for fear of Esau’s revenge. When he returned from the house of Laban with wives, maidservants and children, rich with flocks and herds, he bowed before Esau asking forgiveness. He was a changed man. And the Lord had blessed him according to the words of the very blessing he had stolen: “God give you of the dew of heaven, of the fatness of the earth, and plenty of grain and wine. Let peoples serve you and nations bow down to you” (Gen. 27:28f).

Do not misunderstand this answer. No, we may not purposely lie or steal to get what we want in life. We may not intentionally take advantage of others. “You shall not steal.” “You shall not bear false witness against your neighbour.” “You shall not covet. . . .” These commandments are clear. So, in what way then should we be like this Jacob or, more precisely, in what way are we like Jacob.

Jacob represents the regenerating man. Jacob is every man, a man of the world and wise to its ways. We are like Jacob, and like Jacob we too must be changed. In contrast, Esau seems a bit dumb, naive and short-sighted. The firstborn, loved by his father but not favoured by his mother, was a hunter, unrefined and undisciplined. It was Jacob who had the potential.

These twin sons bear a remarkable representation in the Word. Together they embody or picture what doctrine calls “the natural man.” This is human life in the world. This is the life of our loves and our intelligence as we know it. It is twofold when we reflect on it. We are born with certain natural loves, even as animals have instinctive loves; but unlike instinct in animals, which is quickly developed, human loves emerge slowly. They require knowledge and intelligence to provide them with structure and form.

These “firstborn” goods in a man are not really our own. They are from the Lord and they are the gifts we call “remains.” They are the “birthright” which we so can at times value very little. Like Esau, we sell out our precious heritage from the Lord, those genuine goods which should be the loves of our life.

It was not the Lord’s intention that we sell these. The doctrine states that “His ‘sons’ therefore are all the young children who are born, and after that time whenever they become wise. Also, insofar as the latter are at that time ‘young children’ – that is, insofar as the innocence of a young child, the love of a child for its parent (who is now the Lord), and mutual charity towards playmates (who are now the neighbour) exist in them, they are adopted by the Lord as ‘sons’.” (AC 3494e)

These genuine goods of life are loved by the Lord just as Esau was loved by his father. But Rebekah loved Jacob.

What did Jacob receive from his mother Rebekah?

Literally, two choice kids of the she-goats, flesh to prepare for Isaac. Not the flesh of a wild deer such as Esau sought but flesh of a domestic animal. The difference is important to our understanding of this text. What Esau brought from his hunting was different from what Jacob brought from the flock. The meat of the deer signifies the kind of natural good we have described as “firstborn” with a person, the good of infancy and the good of remains. The meat of the domestic goats signifies a different kind of natural good, something the Writings call “home-born natural good.” This is a good which a person derives from their parents, or into which the person is born, “quite distinct,” we are told, “from the good of the natural which flows in from the Lord” (AC 3518). This is what Jacob received from Rebekah and it is what we receive from our parents as well.

Rebekah loved Jacob. The mother provided her son with “home-born” Goods; not pure ones, but goods of natural life that were contaminated with hereditary evil. Jacob was motivated by Rebekah to seek his father’s blessing. She put him up to it. This signifies how our innate or hereditary affection promotes us.

We too are motivated to seek the best blessing. We want heaven for ourselves-selfishly, at first and we seek good for the wrong reasons. It is part of our heredity.

And how do we get the blessing? Through a pretence.

Rebekah had Jacob put on Esau’s clothes and had him cover his hands and neck with the goatskins to carry the savoury food to Isaac. Isaac was suspicious. “How is it that you have found it so quickly, my son? And the voice was different.

Isaac called his son to come nearer so that he could feel him. “The voice is Jacob’s voice,” he said, “but the hands are the hands of Esau” (Gen. 27:20, 22). It was only by deception that Jacob got his father’s blessing.

Can we deceive the Lord? Can we find the happiness of heaven by lying and pretending as Jacob did? Certainly not. How then can we obtain the Lord’s blessing? How can we apply some meaning of this account of Jacob’s deception to further our own spiritual development?

These things are not natural to us, but they can be acquired. Like Esau’s clothing and the skins of the goats, we can put these goods on.

We have the ability to pretend to be the heavenly person we are not. Not only do we have the ability but one of the lessons of this story is that each and every one of us goes through a Jacob stage. That is the means of our reformation and regeneration. This is what is shown by the account of Jacob’s deception and his later return. It took him twenty years, but Jacob came back a changed man from Haran – a man rich in the Lord’s blessings. This is the promise for us.

The story of Jacob is a call to us to put on a new way of life. At first we put it on like a costume. It is not a true representation of our inner character. We are pretending to be what we are not – a good person – and we are seeking reward, the blessings of our Heavenly Father.

The Lord knows. The words of our text show exactly what the Lord knows: “The voice is Jacob’s voice, but the hands are the hands of Esau” (Gen. 27:22).

Remember that Esau represents good, and Jacob truth. The “hands” of Esau signify the power of doing good, for the hands are the means by which a man works in the world. But it was not really Esau who came to Isaac. It was Jacob disguised like Esau, Jacob with hands like Esau.

Think of your own life, of your own actions and in particular; your own intentions. We do things that are outwardly good. We pretend to love our neighbour. We emulate charity. But it is not us. It is a pretence – and it can be a most useful one.

The doctrine for the New Church tells us that Jacob’s deed pictures “inverted order.” “[P]roper order requires good, which belongs to the will, to exist inwardly, and truth, which belongs to the understanding, to exist outwardly” (AC 3563). But it can be otherwise, as it is here. So, we are told, “When a person desires truth not because he has life in view but some other ends [which are selfish]. . . the order existing with the good of the natural and the truth of the natural is akin to that represented here by Jacob. . .” (AC 3563:4)

This is the order of our life before regeneration, and Jacob represents, at first, the unregenerate man. But this order leads to genuine order, serving as a means to it.

After twenty years Jacob returned and was reunited with the brother whom he had cheated of his rightful inheritance and blessing. When they met it is said that Jacob “bowed himself to the ground seven times, until he came near to his brother. But Esau ran to meet him, and embraced him. . .” (Gen. 33:3f)

This touching scene of reunion signifies how the Lord restores man’s order of life. We spend years in the process of regeneration, struggling to live the life of religion that is not really a part of us. The best we can do is compel ourselves to live it because we know we should. And, at last, we embrace it.

We look to the Word for knowledge from the Lord, for knowledge of a heavenly variety. We seek to take this heavenly knowledge and make it a part of our life. But are we to emulate the lives and the actions of those characters and people in the Word? Not really. We seek this knowledge of those in the Word so that we can better understand our own nature, the ways we act, often without awareness and intent of actions. The only person within the Word whose actions, thoughts and intentions we should emulate is The Lord for “no one is good but One, that is, God” (Luke 18:19). And, still, the actions we take in this manner will feel unnatural to us, but do it anyway. The Lord desires that every person should be blessed with a heavenly life from Him.

I want to begin by expressing my thanks to each of the members of the Board of the New Church in Australia. I am pleased…