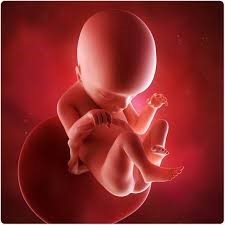 “For you have formed my inward parts; you have covered me in my mother’s womb. I will praise you for I am fearfully and wonderfully made. Marvellous are your works and that my soul knows very well. My frame was not hidden from you when I was made in secret, and skilfully wrought in the lowest parts of the earth. Your eyes saw my substance, being yet unformed and in your book they are all written, the days fashioned for me, when as yet there were none of them.” Psalm 139:13-16

This year, in New Zealand, Australia and the USA, voters are being asked to make decisions about abortion reform, whether to liberalise or tighten up laws that already exist. The two main protagonists in the debate are those who view the unborn child as a person who should not be killed and those who view the foetus as an appendage to the woman’s body and that she can do what she likes with her body.

To help to come to grips with abortion, whether induced or natural (still-birth situations), we need to consider the place or role of the human internal. This human internal is what we otherwise refer to as the soul or spirit. The soul or spirit is the person! The body is the covering (literally ‘knitted’) in my mother’s womb. In the Divine economy, everything has a purpose and nothing is left to waste! The death or “termination” of the physical form is concerned with the external bodily part of us whereas we need to also consider these matters from the human internal aspect which lives forever. There are, therefore, two levels of life that need to be acknowledged and their order in our creation is vital.

The first level of life. The first level of life is that of the spirit or soul! This is referred to as the inward parts by the Psalm. The seed of the soul is like a graft from the father. Everything is there. Everything that comes into existence on the natural plane of life and develops there, does so by means of influx from the spiritual realm. The body does not develop first and receive a soul at birth! “In the sperm that conceives each one of us, there is a whole graft or offshoot of our father’s soul that is wrapped in substances of nature. Our bodies are formed by means of this in our mother’s womb…

“In the seed from which each individual is conceived there is a shoot or cutting of the father’s soul in all its completeness, wrapped in a covering of natural elements. These control the formation of the body in the mother’s womb…. The reason why the father’s type in all its completeness is in the seed is that the soul is in origin spiritual and the spiritual has nothing in common with space, so it can be reproduced in a small compass just as well as on a large scale.” (True Christian Religion 103)

So, we start off as a spiritual Tardis!

This internal person or mind essentially consists of two things, a will and an understanding. These are what are fearfully and wonderfully made. Fear speaks of feelings, an activity of the will, and wonderfully (literally ‘to distinguish’) an activity of the understanding or rational faculty. These are the vessels for God’s love and goodness, and God’s wisdom and truth. They are our point of connection with God within. The quickening of the soul.

“These inward aspects of a person possess no life in themselves but are recipient forms of the Lord’s life.” Arcana Caelestia 1999.4

“Man’s internal is not the Lord, and so not life but a recipient of life.” Arcana Caelestia 2004.3

The internal consists of a will and an understanding and the spiritual body, like the natural body, correspond to the functions and uses of these two vessels. They have no life in themselves but at the time of conception, life from the Lord flows in.

We receive the warmth of His Love and the Light of His Wisdom. Our soul comes to life so to speak like a seed in the ground comes to life when warmed by the sun and is watered. Love is our life and so it is that the heart is formed in the foetus very early on. The lungs which correspond to the understanding faculty do indeed form but do not come into operation till birth. But the soul is alive and fully functional! If it were not so the lungs could not be formed. The Birth of an independent fully alive baby.

“This can be confirmed to life from the conjoining of the heart with the lungs, because the correspondence between the will and heart, and between the understanding and the lungs, is such that just as love acts with understanding spiritually, so does the heart act with the lungs naturally; that a man has neither any sensate life nor any active life so long as the heart and the lungs do not act together, is evident from the state of the embryo or the infant in the womb, and from its state after birth. As long as a person is an embryo, or in the womb, the lungs are closed; consequently it possesses neither feeling nor (conscious) action; the organs of sense are sealed up….; but after birth the lungs are opened, and in proportion as they are opened a person feels and acts; the lungs are opened up by the blood sent into them from the heart……It is true that in the meantime blood circulates through the lungs, but through the pulmonary arteries and veins, and not through the bronchial arteries and veins which give a person the power to breathe.” Divine Love and Wisdom 407

So when the baby comes into the light of the world it becomes fully alive. It becomes aware!

Conclusions: Firstly, we can have something positive to say to those who have had a still-birth or miscarriage, that the developing child lives on directly under the Lord’s care in the highest heaven. Secondly, when a deliberate termination is performed it is a matter of motive, mercy and knowledge or ignorance of the spiritual realities. One way or another it can leave a scar on the mind and life. Life and death medical situations, mental health situations, and psychological conditions arising from trauma such as rape are very difficult to deal with. Decriminalising abortion and making it just a health issue will not really make things better or easier. It is also ultimately a question of our spiritual health and governments cannot legislate for that! Finally, the purpose of creation is a heaven of angels from the human race, and abortion cannot defeat that purpose. The unborn child, the living soul goes straight to heaven!

Welcome to another issue of The New Age, and enjoy having a good read! Maybe even quarantine yourself until you have read every word….