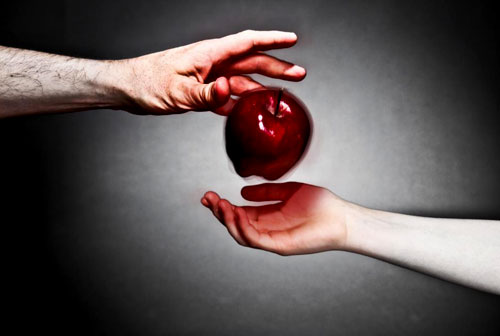 The BOX office’s obsession with teen-centric dystopian (the opposite of utopian) futuristic  tales reasserts itself this week thanks to the release of two new films the The Giver and Maze Runner.

It all began with The Hunger Games now waiting on its 3rd and 4th movie sequels and Divergent (so far only the first of three books has been filmed). One positive element of this book to film process pioneered by the Harry Potter and Twilight franchises is the extra inducement on young people to read, since the books are often available long before the movies yet the movies stick to the book storylines with great care.

If you believe as I do that God not only speaks through His Word and other carefully chosen Writings but also the modern equivalent of tribal myth telling, the big screen. You might have followed with interest these dystopian dramas looking for the hidden correspondences which could leave implanted remains for the future use of Heaven. But you would have been largely disappointed. Up until now the story lines have had little of interest for the theologian or philosopher.

But that may have changed with these two new releases! Note: I have taken care not to giveaway too many spoilers.

(book published 1993) has sold more than 10 million copies, (largely because of its inclusion in many secondary school reading lists).

It is about a boy (Jonas) chosen to train as “a receiver “ one who learns and remembers his society’s truths and history, so that his society can remain in the ignorance necessary for them to live in utopian purity without cares or anxieties.

However there are severe sacrifices incurred for this ignorance, including the loss of colour (the first half of the movie is in black and white) love, family ties, and music. These things Jonas begins to discover as his training proceeds.

The really fascinating aspect to the story which comes out in the book and is maintained in the Movie is the cost to Jonas of these discoveries, of the reclaiming of his society’s truths.

In New Age philosophy much is made of the millions who live lives of ‘unconsciousness’ unaware that they are spiritual beings and that life is  more than just the acquisition of wealth and security and a good retirement package (not that there’s anything wrong with that).

Although it’s understood that suffering is often the key to breaking out of this ‘ignorance cycle’ only the Writings articulate the role of temptation combats as pain in a constructive roll opening our eyes to larger understanding and insight about ourselves and our world. The Giver in its own way communicates this phenomenon with amazing sophistication.

This is a much more recent book to movie franchise and incidentally the main reason for me writing this article.  Its been described as Lord of the Flies meets Labyrinth with a group of boys (you guessed it all teens) trapped in the center ‘the Glade’ of a maze. They have no idea why they are there except that they arrived over two years from an opening in the ground which supplies them with food and materials by means of a warehouse lift. When they first arrive in the Glade they remember nothing not even their names. Around the outside of the Glade is a maze with massive concrete walls which constantly change and vast doors which slide open each day to allow the ‘Maze runners’ to try to find an escape. (See excellent trailer on YouTube). The doors are important since at night scary mechanised monsters with sharp blades and poison spikes prow the maze. Suddenly with the arrival of a new boy (Ben) everything starts to change  he begins to challenge the carefully constructed society in the Glade, the monsters become a much more imminent threat, and messages indicating the end of things arrive. I first saw the trailer for this movie six months ago and was so fascinated I read the books (three of course). Only the first book remained worthy of my continued interest.

In true heavenly doctrine style let me describe the allegory according to ascending levels.

First Level: The Maze of course is an allegory for life; we arrive in it without any information of why we’re here or what we’re meant to do. We become part of the society which includes the philosophers and theologians (maze runners) who attempt to explore the higher questions about life (sometimes a risky business). And provide meaning and a possible escape.

Second level: a new boy seemingly just like the rest arrives, but he’s not like the rest. He begins to do and say things which undermine the social hierarchies becoming a threat to the present order. Yet he solves more mysteries in two days then have been solved in two years. He doesn’t remember who he is or his name at first yet some find him strangely familiar.

Third level: They say He helped create the maze? Yet he doesn’t even know his own name. Equipment in the maze bares the acronym WICKED but it is confirmed that “WICKED is good” how can the maze with its horror monsters be good? How can those who created it be good? Is the maze a prison in which we just have to learn to get along or is it a challenge we must surmount?

‘Exinanition’ is the term the Writings use to describe the Lord emptying himself not only of all power but all self awareness in order to become man incarnate. Much New Age theology suggests we all do so in order to experience physicality (and with it evil) in order to better know and choose good. This tale handles that conceptualization better than I have ever seen done before. Many people blame God for their struggle in life thus they hate and fear Him and truly see Him as wicked.

But what if WE chose to be here and what if God only agreed out of love for our mutual benefit?

The film has low levels of violence and horror but I still highly recommend it.

Light in the Mind from Swedenborg and Life