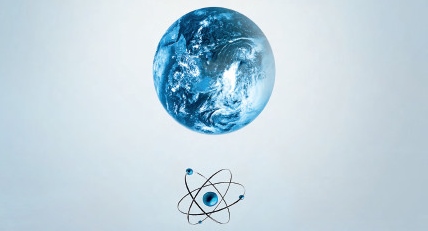 Are we and everything else that exists, here by accident or by design? Is there a Super Being or God behind everything that exists maintaining their existence? How we answer this question, and each of us has to answer this question one way or another over the course of our lives, determines how we live in this world and where we end up in the next world if there is a next world.

Atheists are basing their lives on the belief that no God exists that could hold them accountable or provide meaning and hope for their lives. In my view it would be monumentally foolish to embrace this view without taking stock of the strong scientific support for the belief that God exists. 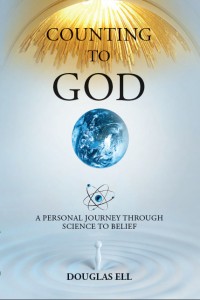 “Counting to God.” In this book Ell states that modern science strongly supports belief in God. Doug Ell notes that there are at least 7 discoveries of modern science that can be seen as stepping stones that count to God. In addition I have added another wonderful development which I only came across recently and this is Systems Biology.

Here are the 8 stepping stones counting to God  :-

2.  The fine-tuning of the universe to allow life to occur. The laws and constants of physics are fantastically fine-tuned to allow life to exist. In other words, if the laws and constants of physics were only infinitesimally different, life could not exist. This is information hidden in the structure of the universe and it points to the existence of God.

3. The origin of life and the impossibility of creating life by chance.  Life is a miracle. Modern Science cannot conceive of a plausible pathway for the origin of life.The simplest organisms contain staggering complexity.

Life builds biological parts called proteins using instructions from the DNA molecule in the cell. Life builds different types of protein – perhaps more than 100,000 – for a human being as well as a lot of complicated machines by assembling those proteins in just the right way to have life. Mathematics shows the fantastic improbability of a single functional protein occurring by chance. So the advent of Life on Earth again points to God.

4.  DNA and the technology of life. Life has technology to dazzle as revealed by molecular biology.  DNA is biological computer code, only far, far more advanced than anything humans have ever built. All life has the same operating system. All life stores information in DNA and transfers that information to build biological machines in basically the same way. There is no evidence there ever was a different operating system. Somehow life’s operating system sprang into existence 3.5 billion years ago. So the dazzling technology of the living cell is the fourth wonder of modern science in counting to God.

5.  The absence of scientific evidence for macro – evolution. Macro evolution is the Darwinian idea that complex life forms developed from simple ones by the Darwinian mechanism of accidental mutation and natural selection. The alternative explanation for the formation of complex organisms is design.

The predictions of Neo-Darwinian theory do not match the scientific facts such as the absence of transitional forms in the fossil record, absence of junk DNA in the genome, irreducible complexity and orphan genes. There is no evidence that the Darwinian mechanism created complex systems such as the eye, the backbone, or the human brain.

So where does new genetic information come from, the precise coding to build new proteins and assemble them to form new biological systems and body parts?  The Darwinian Theory of Evolution has no answer!

When early experiments revealed that less than 2% of human DNA codes for proteins, the remainder was quickly but falsely labelled “junk” DNA.  The Encode Project showed that at least 80% of the genome had biochemical functions and therefore is not junk and so it supports design. So it seems clear that if all or almost all of our DNA serves a purpose, the theory that humans arose simply from accidental mutations is nonsense.

6. The special qualities of Earth, the privileged planet. Modern science is revealing the wonder of planet Earth. Some years ago astronomer Carl Sagan in his popular TV series ‘Cosmos’ in America described planet Earth as ‘an insignificant planet of a humdrum star lost in a galaxy tucked away in some forgotten corner of a universe’……

This view is now losing its hold as modern science is finding just how unique Planet Earth is. We now know that it is not just position in the universe which makes Earth special.  What is special about Earth is its ability to sustain life for billions of years and this is because the conditions for life to thrive are just right. A very important factor in making Earth so hospitable to life is the uniqueness of our Sun and Moon. Our Sun is solitary, has about the right mass, relatively stable light energy and optimum distance from the Earth for life to flourish.

Our Moon is the largest moon in the solar system and it keeps the tilt of the axis of the Earth’s rotation at about the same angle of 23.5 degrees to its orbit around the Sun. The Moon prevents Jupiter from causing large changes in the tilt of the Earth’s axis but Jupiter and other outer planets also help Earth by protecting it from meteors and other dangerous objects. If this tilt were to change substantially then North and South poles would move toward the equator, with enormous climate change and disruption to any advanced form of life.

In the sky the Moon looks exactly the same size as the Sun.The Sun is about 400  times further away and about 400 times larger in diameter. This “coincidence” occasionally gives rise to total eclipses when for a few minutes the moon comes precisely between Earth and the Sun when viewed from the right spot on Earth.

Water makes up only 0.02 percent of Earth’s mass, but oceans cover 71% of Earth’s surface to an average depth of about 12,000 feet. This is about perfect for Human life with water the best of all possible solvents.

Earth also has a large core of molten iron, which generates a strong magnetic field that deflects the solar wind and protects Earth’s atmosphere from erosion.

In Quantum physics it is known that two particles can be “entangled,” which means they are exactly alike. Whatever you measure on one will be true of the other and if you change one you change the other instantaneously. It happens faster than the speed of light – there is no delay whatsoever. Entangled particles are connected outside space and time. This suggests some reality outside of space-time.

Shortly after the discovery of quantum mechanics in 1925 Arthur Eddington realised this meant that the universe was entirely mental, that is, that the substratum of everything is of mental character. He also noted that this acknowledged deepest discovery ever in human intellectual history, is one that has changed our understanding of our own nature far more than did the Copernican Revolution (discovery that the Earth is not the centre of the universe).

So where does this leave us? Physics points to mathematics as underpinning everything. If ideas – which are mental – expressed as mathematical concepts are the foundation of the universe, perhaps there is a great thinker or God.

Atheism/Scientism/Naturalism say we exist as accidental creations of a material world in a what-you-see-is-what-you-get reality. Quantum physics contradicts this view and suggests we exist in a what-you-think-is-what-you-get reality. Richard Conn Henry says that “the discovery of Quantum Mechanics gave us the most fundamental insight ever into our nature; the overturning of the Copernican Revolution, and the restoration of us human beings to centrality in the Universe”. Perhaps we do not live in a purely material world but in a world, a universe of thought. Remember the Gospel of John starts with ,”In the beginning was the Word….”.

Systems Biology can be defined as the study of the “big picture” in cell biology, that is, looking at whole systems and how they function, rather than using a “bottom up” approach that tries to deduce function from molecular interactions.

The new paradigm of Systems Biology which has arisen over the past 10 years analyses living systems in terms of systems engineering concepts such as design, information processing optimisation and other explicitly teleological concepts. This new paradigm offers a successful, quantitative, predictive theory for biology because design is the driver of the science in Systems Biology. Again this new paradigm in biological science points strongly to a Designer.

So in conclusion we have 8 stepping stones or scientific arguments strongly pointing to God which atheists cannot refute.

As I was putting this issue together, I noticed that it was numbered Vol. 135 no. 2. That means The New Age has been…