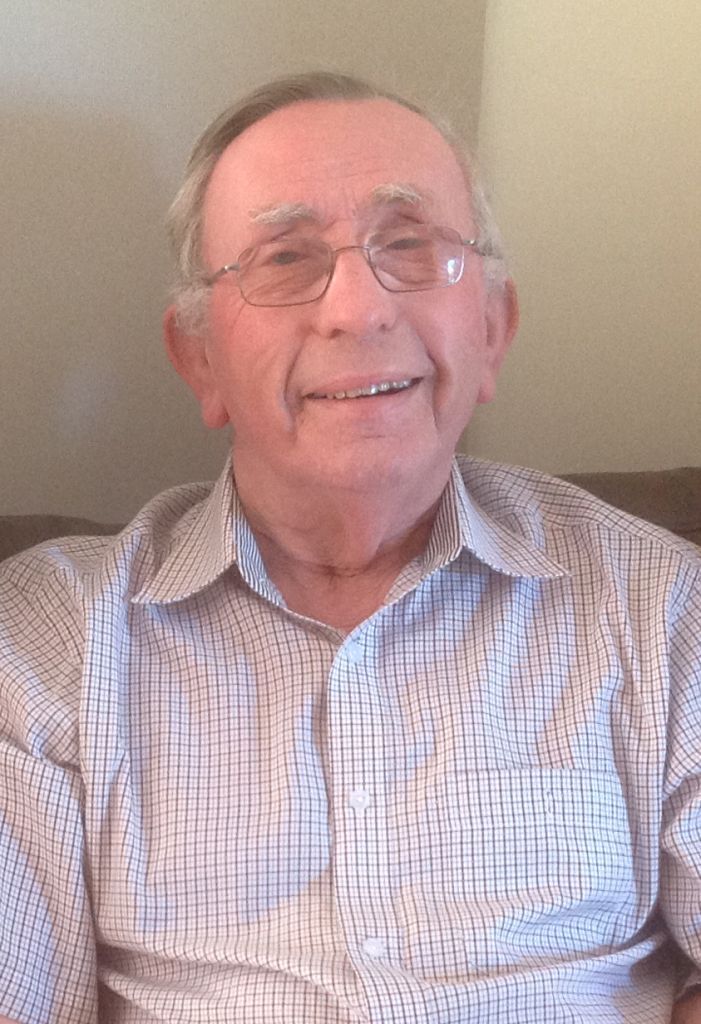 Chris was a minister in the New Church in Australia, the first, I believe, to have that distinction of being trained and ordained here. While he was extremely serious about the place and purpose of ministry, he was unchanged by it and must rank as one of the most approachable and friendly people you would ever know. He was a 100% pastor, and will surely be continuing this wonderful use there in the spiritual world where love for the Lord and for people makes heaven.
Chris grew up within the New Church, in England, coming from an Essex seaside town called Brightlingsea where there was a flourishing active New Church at the time of his birth in 1943, during the war. This connection with the New Church became his life, and he eagerly took part in the life of his local church but also going wider, up to London for young peoples’ gatherings, weekends at Windermere House, Sunday School Eisteddfods in Swedenborg Hall in the heart of London, and up to the church’s centre, Purley Chase, in the Midlands.

Chris came out to Melbourne in 1970, along with his fiancée Margaret whom he had met in England. He immediately took part in the life of the church there and in later time Chris was appointed as the Lay Leader of that society, a position he held for a long and dedicated time.

In Melbourne, Chris led services and carried out various responsibilities, but in 1992 he extended the awareness of Swedenborg to people through the Swedenborg Group meetings and carried the monthly meeting organisation and publicity himself. He did this for over two decades, right through to very recent times.

In 1998 Chris started training for ministry after taking early retirement from business life and he was ordained into ministry in early 2001, becoming minister to the New Church in Victoria. He became increasingly busy, because, in addition to this ministry and the work of co-ordinating the Melbourne Swedenborg Group monthly meetings, Chris became a Director of The New Church in Australia, providing a real benefit in administrative and financial expertise from his previous work in business and accountancy. He also took on the position of being the Vice-President.

Throughout the 2000s, as the New Church in Australia aimed to make national changes, to integrate and streamline the life of societies, and to make fundamental – and necessary – changes to its Constitution, Chris was busy and methodical, often pouring through tedious drafts and checking every detail for days on end to bring them accurately back to the Executive for submission to the Societies for their approval, which was often unforthcoming.

In the middle of all this painstaking work, Chris also organised several of the annual Camps, finding suitable venues in Victoria, first at Camp Arrabri and more recently several times at Phillip Island Adventure Resort. He double checked every requirement for the success of a camp and would, at times, while suggesting he must be like a pain in the neck to the rest of us, he would insist on certain inclusions to be made in the insurance for a camp so that the church was not exposed to possible legal risks, unlikely as these might be. He would phone or email several companies to get the best deal, the lowest premium and the most satisfactory policy – over hours of pursuit – and have it finally all well in place.

Somehow in all this, Chris was first a pastor and believed he was called to be this, and he kept contact with the individual members of the church. Should some people respond to regular advertisements in magazines and newspapers– which he arranged – he would follow up on their interest and be welcoming to them, always careful not to give off-putting signals about what anyone might be letting themselves into should they come and find out about the New Church for themselves.

One perhaps less-known area of Chris’ interest and work was in the world of Interfaith activities. He was active in the local fraternal group of ministers of various denominations. He was busy with the Parliament of World Religions which held one of its annual meetings in Melbourne during Chris’ time, and he was directly involved in the efforts to develop interfaith awareness, taking an active part in this over many years. This was not only highly appreciated by many others seeking to do the same thing but it also gave Chris personal connection with people from different faiths and outlooks, which directly benefitted the Swedenborg Group in Melbourne and often the provision of a speaker at a meeting.

Yet, should someone in the church break a leg or face a breakdown or move into a nursing home, Chris somehow would find the time and be right there for them, and follow it all up with them afterwards. Because he knew he was above all else a pastor to people.

The celebration of Chris’ life, work, person, and interests was a large gathering of over 250 people in the Melbourne Church, coming together from a wide field of backgrounds to give thanks for Chris as a pastor, help, teacher, guide and personal friend.

The church has been deeply blessed by Chris’ part in it – more than we will ever know – and its thanks are given, along with its sympathy and loving affection for his beloved wife, Margaret, always so supportive to him, to their two daughters Suzanne and Tracey, and to their grandchildren. And, so beautifully, to a young Uzbek woman called Muhabbat who became like a third daughter to Chris and Margaret after coming along in this new land of Australia to the church and being received with love, practical care and open arms. She is now working in medicine in the United States, largely through their direct support.

Chris has not left the Church a book that he wrote, and his articles in The New Age are few and far between. He would happily say that this was not his skill. But so many people know that Chris has written in their heart as well as in their mind, and that such an influence will last for ever, and be continuing in the world where he is now, the eternal world of endless devotion and service to the Lord. Thank you, Chris! 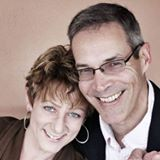 The Thompsons are a family of five, with Howard, Debra and their three children, Chelsea, Ben and Lance. They are from a part of Pennsylvania not that far from Bryn Athyn and the hub centre of the General Church, and this has significance. Howard was raised in the Episcopalian Church, equivalent to the Anglican Church, … 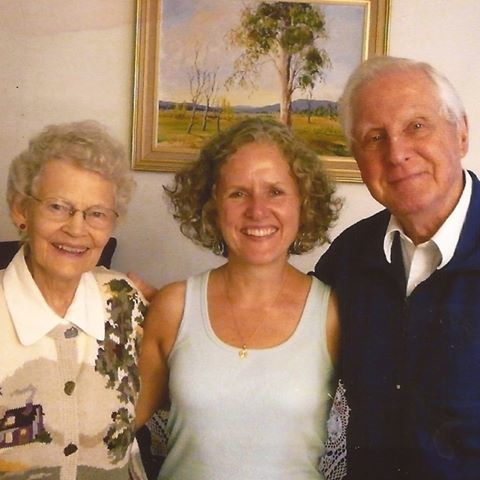 For the Hurstville Society the Rev Doug Taylor represents a significant part of their history. He shares the distinction of longest serving pastor with the inaugural Minister, Rev Richard Morse, of 17 years, the only difference being that Doug’s pastorate was broken up into several years at different times. He just kept coming back to … 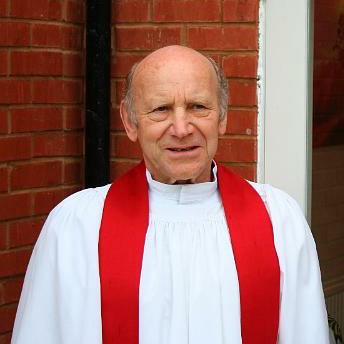 Christopher Hasler was a New Church minister for over fifty years, serving mainly in Britain, but also elsewhere, and for four years between 1960 and 1964, in the Brisbane Society, and for some of those years he served as the President of the New Church in Australia. Older people in the New Church will remember … 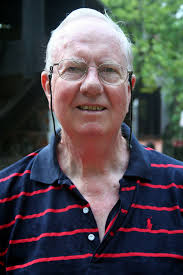 David Booth is a member of the Perth New Church and for several years in the 1980s was the Secretary of the national New Church in Australia. The Western Australia Journal of Medicine recently published an interview with him from which we make a number of extracts, including the substantial reference to his connection and … 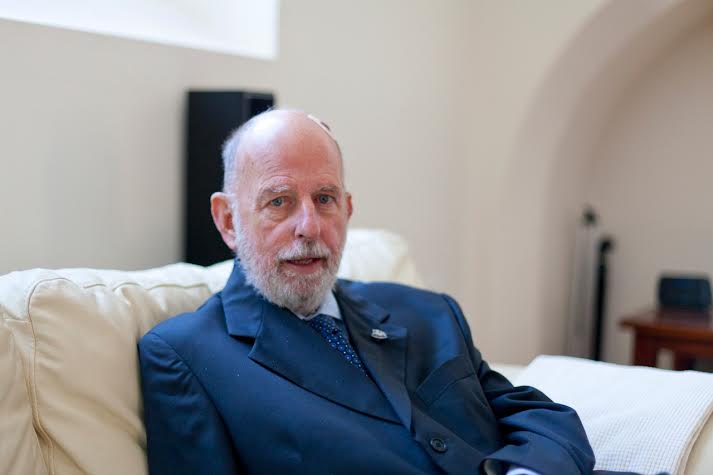 Les Sheppard passed into the spiritual world in early May this year, after coping with Parkinson’s Disease for many years. A celebration service was held at the Brisbane New Church on Sunday May 18th which Les had asked, whever it came, to be a happy party. So it was, with chips and lollies for the …

The New Church in Australia congratulates Rev John Teed who, along with his wife Mary, on June 23rd this year attained the milestone of having served the Lord and the New Church in ordained ministry for 60 years. It is a remarkable fact – and a unique one – that John served each and every … 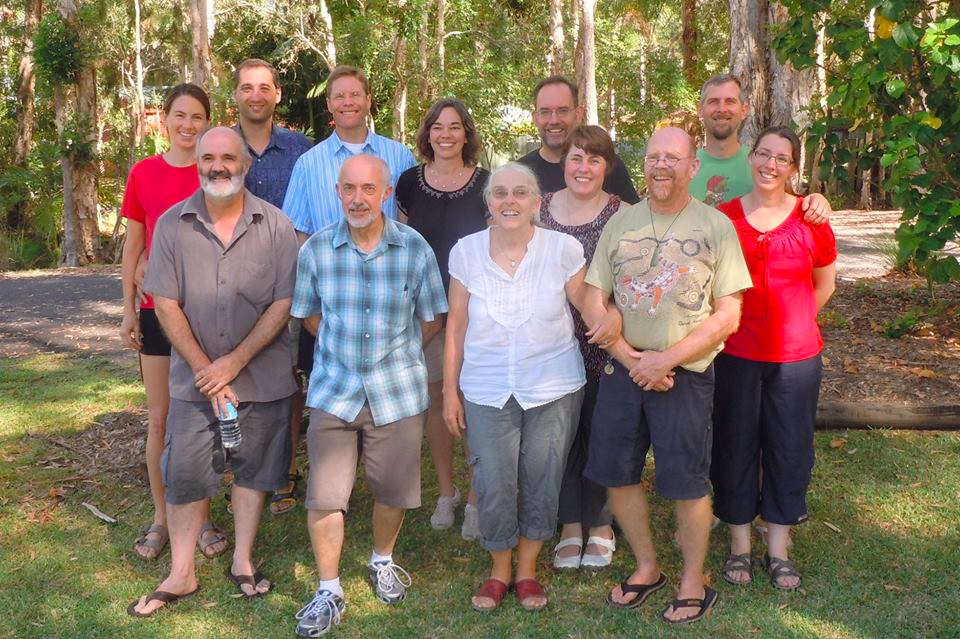 Glenn and Mary Alden have been in Australia for nearly three years. They came first to Hurstville New Church, then back to America, and then to assist with the Brisbane Society for about two years. They are a delightful, energetic, ‘different’ couple who have been a wonderful presence in Brisbane and a great help to … 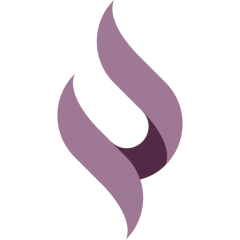