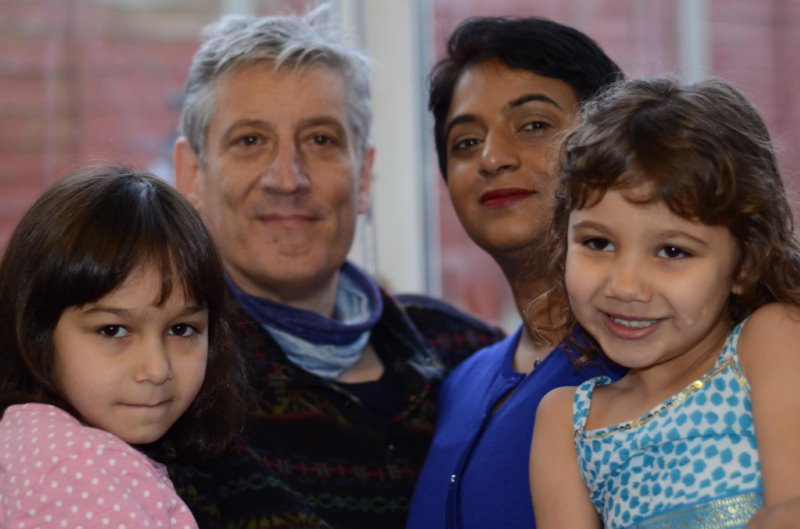 A Mind and Body Festival, Birmingham, England, 1982. Among the stands cluttered with dream catchers, amethyst crystals, yoga books and colourful mandalas, I see someone dressed as a church minister. Curiosity led me to the stand. The minister, I discovered, was Julian Duckworth and this was my first contact with the Heavenly Doctrines – the writings of Emanuel Swedenborg. I looked at the panels depicting the days of creation and was mystified as to what it all meant.

At the time, I was a student reading religion and psychology in London. I had always been aware of a spiritual yearning and I was particularly interested in the relationship between psychology and spirituality. Until that first encounter, I had never heard of Emanuel Swedenborg but I began attending the church whenever I was back in Birmingham and started to look into the books. I sometimes muse that perhaps older people are attracted to the Teachings because a certain level of maturity is needed in order to understand their complexities and depth; I wasn’t that mature and although the fascination with Swedenborg had begun – I had considered applying to the New Church College in Manchester at the time – I sought the spiritual through other routes.

I completed the undergraduate research degree which was centred upon the psychology of religious conversion. I spent a year or so visiting the Hare Krishnas and Unification Church members – listening to the stories of those who had found a spiritual life amidst the hustle and bustle of everyday life. I admired their sincerity but I was unable to even contemplate what I deemed to be irrational beliefs. Part of me believed that this rational aspect might be found in humanistic psychology and psychotherapy and so I decided to enrol on a course in Transactional Analysis. Although the training was insightful, I still felt that something was missing. The trainers spoke about spiritual levels of existence but such beliefs were never part of the model used in the training.

I came across a Buddhist Psychology course and felt this could ‘fill the gap’, so to speak, that was missing in Transactional Analysis. This opened my eyes to the acceptance of a spiritual way of thinking that tried to be both relevant and practical. Yet something still wasn’t quite right. I started to delve back into the Writings. Some thirty years had passed since my initial explorations of the Teachings . Over this time I had married, adopted two children, established an educational business and had studied a wide range of spiritual traditions and psychologies. These experiences had paved the way for me to connect with the Teachings in a way that just hadn’t been possible in my youth . This is where my real journey into the Writings began.

As study had been a large part of my life, it felt natural to see how I could undertake a more formal course of study of the Teachings. A Google search led to my joining the Australian New Church College. I saw that the course could lead to ordination and although I was unsure as to what that actually meant or was even possible ( I am resident in the UK) I felt a deep recognition that ordination was something I should works towards . I joined the course as the first UK based student. I was now a student of the ANCC – with Julian Duckworth as one of my tutors – Divine Providence does indeed move in mysterious ways!

Studying with the Australian New Church College as a UK based student meant adapting to the Australian time zone. Tutorials in the first year were at 6am, UK time, and in later years 7am. The first Logopraxis sessions started at 11.30pm and often finished after 1am! But these were small sacrifices compared to the opportunity to study the Doctrines and to learn how to apply them in my life. The years spent as a student seemed to fly by and my enthusiasm and commitment to the Teachings deepened as I began to feel the Lord’s presence in my life.

I have been a teacher for most of life and have taught a range of subjects to children of all ages as well as adults. Now there is an opportunity to follow my passion – to teach the Heavenly Doctrines and the path of regeneration. The Teachings are relevant and much needed in a world where spiritual teachings are available at the click of a computer key or at a weekend workshop.

My life with the Teachings has been one of completing circles and ordination completes another circle. It is both personal and spiritual – to make an outer acknowledgement to an inner calling – to recognise and answer the call of the Lord. I feel ordination will support me as I continue to develop an outreach programme.

I have just finished presenting at a ‘Mind and Body Festival’ in Birmingham. I gave a talk about the Teachings to the spiritually curious and answered questions at our stand – amid the dream catchers, amethyst crystals, yoga books and colourful mandalas of the other stalls.

Photo Above: Robin with his wife, Sab and their two daughters, Sophia (5) on the right and Amelia (7) on the left.