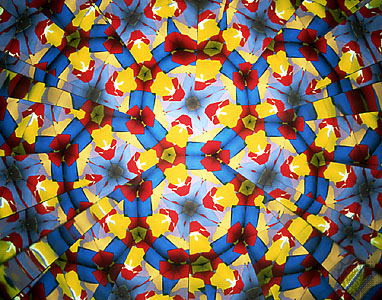 For many centuries man assumed that the earth was flat and never moved; it was also universally accepted that the sun followed an orbit around the earth. This was how things appeared to be and nobody questioned them. Man based his life on these assumptions and things worked out well for him. The buildings he put up stood firm, the crops he grew provided food, and the ships he built took him to foreign lands. The flat earth view worked well and great civilisations flourished on its assumptions.

Yet today we know that the flat earth view is not the whole truth but only an appearance. We have learned that the earth is a sphere spinning around on its axis and orbiting the stationary sun. These discoveries have not only brought man closer to the truth of how our universe works, but have also enabled him to make further progress in many areas of life. Yet can anyone doubt that there are yet further discoveries to be made? Perhaps many of our present working assumptions will eventually be turned upside down as we get even closer to the absolute truth on which our world is founded.

Yet, no matter how far man’s knowledge may advance, I doubt whether we shall ever be able to arrive at the pure and infinite truth behind creation. No human 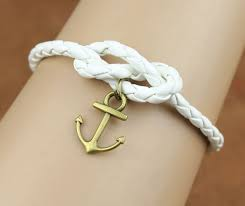 mind is able to approach a full knowledge and understanding of such creative truth without being destroyed by its sheer intensity. God tells us that “No man may see me and live”{Exodus “A33.20}, and the psalmist writes of infinite divine truths, “Such knowledge is too wonderful for me, it is high. I cannot attain it” {Psalm 139.6} for the most parts we must live our lives on the basis of how things appear to be and the working assumptions that we have drawn from such appearances. So we continue to look to the east for the rising sun, even though we now know that the sun does not actually rise or go down.

Despite God’s revelation that the fullness of his truth is beyond our sight, many who hold religious views assume that the teachings of their particular faith are absolute truths from God. Indeed, some people are so dogmatic that they brand all who disagree with their beliefs as heretics. As a result, we have a world full of many different religious groups, each claiming to possess the real truth and judging all other views as false. The fact, however, is that all religions can only work on appearances of truth, for it is by them alone that something of infinite or absolute truth can be safely be accommodated to the finite human mind. Hence we read that “There are no pure truths with a man, and not even with an angel, but only with the Lord. Truths with man are appearances of truth” {Heavenly Doctrine 27}. The Scriptures of all religions are full of such appearances of truth.

These appearances of truths are really truths as we see them at the time and as we apply them to the particular state which we are in. They will work for us in that state by helping us to put off our evils and embrace a good life. People can make real spiritual progress working on such appearances of truth as, for example: “God gets angry with sinners; the poor are favoured over the wealthy; heaven is a reward earned by those who live a good life.”. These are many other such appearances of truth can get a person started on the spiritual life. They work to a degree and by doing so move us on to the next stage of spiritual enlightenment and life. When this happens a greater light of truth shines through and we begin to see truth more clearly thus coming closer to the Lord and heaven.

It is because all religions have to work by appearances of truth that there is such a variety of belief in the world. Apparent disagreement, far from being a sign of the confusion of all religion, is a sign that God’s truth appears in many forms according to the needs of different people. Behind all these many appearances however, lies the absolute truth; this is in much the same way as bright sun lies behind the many shades of cloud in the sky. It would be foolish then for any of us to decry the sincerely held beliefs of others, for such beliefs, though only appearances, might be working well for them. In fact, the inner core within many different religious views is largely the same Divine truth. Here may be many paths but there is only one final destination.

Darth Vader: Could I be that Evil?

An Imaginary Interview with Mr. Vader on Erin Burnett’s Show “Outfront” on CNN This interview was performed at a New Church Brunch somewhere in…