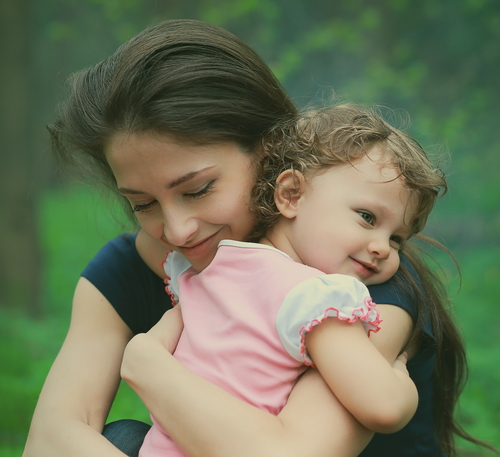 I think it’s probably pretty safe to say that we don’t give much thought to the sense of touch. Most of us are blessed with functioning sensors in our skin and take touch for granted, noticing mostly when we experience extremes – whether it be the searing pain of a skinned knee or the tantalising effects of a passionate embrace. Our brains do a good job of ignoring most other mundane tactile stimuli; otherwise, our clothes touching our bodies would drive us through the roof!

When we examine touch more closely, however, we realise that it has a huge effect on us. Studies have shown that touch-deprived animals fare quite poorly: laboratory rats receiving special tactile attention learned and grew faster than those which did not; their brains were heavier and developed more extensively, they were more curious and lively and had greater problem-solving ability; their bodies grew faster, and they were less emotional in stressful situations than their less fortunate counterparts. Likewise, monkeys have been found to prefer contact comfort over lactation: they’re more likely to choose the fuzzy fake mama with no milk than the wire mesh mama with milk. When we look at animals in their natural habitats, we see that the Lord already knows this and equips them appropriately: mammal mothers frequently lick their young intuitively – and these babies do much better than those which are not licked; this licking is believed to set off a chain of events within the newborns’ central nervous system and help with their breathing.

The Lord equipped us to look after our babies appropriately, too, but somewhere along the way some big brains thought they knew better. Back in 1894, rocking was thought by Dr Luther Emmett Holt to be a ‘very useless and sometimes injurious [habit]’, even describing it as an ‘unnecessary and vicious practice’. In 1928, psychologist John Watson advised parents to keep emotional distance from their children, to refrain from kissing, coddling or fondling them. He went so far as to say, ‘Never hug and kiss them, never let them sit in your lap; if you must, kiss them once on the forehead when they say goodnight. Shake hands with them in the morning. Give them a pat on the head if they have made an extraordinarily good job of a difficult task’. Unfortunately it was later discovered that deprivation of even ordinary everyday physical pleasures is a major ingredient in the expression of physical violence, especially during the early, formative years of life. Fortunately, the tides have turned since such sterile advice was given.

In more recent years, people have gotten a glimpse into how big a role touch plays in our lives. Even passive touch has a big impact: a nurse in the United States experimented with her patients, intentionally touching half of them as she went about her usual routine and treating the remaining half in a more business-like, less-touchy fashion. Among those whom she touched, there was a huge reduction of complaining, angry, disgusted uncooperative patients; 85% of touched patients made positive responses about the hospital and its personnel when interviewed, and recuperated faster than those who were untouched. (These people didn’t even realise they’d been touched more than usual!) Likewise, in another study, library clerks alternately touched and didn’t touch the hands of students when returning their library cards to them: those who were touched later reported far greater positive feelings about themselves, the library and the clerks. Waitresses who casually touched their customers on the shoulder or hand received larger tips,… These are just the effects of casual touch – we can imagine how significant intentional touching like massage can be! 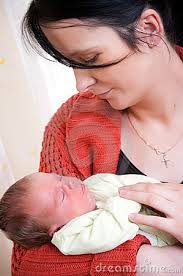 Babies feel touch very early in life, much earlier than we might imagine. Embryos can actually detect touch before they have ears or eyes – before they’re even eight weeks old, in their mother’s womb! They feel sensations throughout the rest of their gestation and during birth, and, once on the outside, skin contact and warmth – especially from their mother’s body – are probably the most powerful stimulation for infants in their first few months of life. Long before they understand any words we say, babies understand our moods and feelings from the ways we touch them. Many of us have probably noticed this, in our interactions with infants; it is common knowledge in secular scientific circles and in the world around us. Pleasantly, this isn’t just a nice notion: it has deeper correlations! Emmanuel Swedenborg explains this phenomenon in the Writings for the New Church:

The reason why ‘touching’ means an imparting, conveying, and being received is that a person’s inner feelings are expressed by outward means, in particular by touch, and are thereby imparted and conveyed to another… From this it also follows that the inner feelings a person has as a result of what he loves and therefore thinks are expressed through touch, and by means of it are imparted and conveyed to another. (Arcana Coelestia 10130, emphasis added)

Swedenborg elaborates elsewhere on the correspondences of all five of our senses, stating that ‘the sense of touch in general corresponds to the affection for good’ (ibid 4404) – and I do imagine that parents have an affection for good, with regards to their snuggling of their children!

The Lord very kindly makes babies so soft and yummy that we can hardly resist touching them, helping them grow and thrive. Swedenborg was aware of the physiological importance of touch between parents and children, and was also enlightened as to the deeper significance of this relationship. He wrote,

Innocence flowing into the souls of parents joins itself with the innocence of little children. The fact that this conjunction is occasioned in parents through the instrumentality of the physical senses, but especially through that of touch, is something we can know from experience. … Evidence that the communication and thus conjunction of innocent states is occasioned especially through the instrumentality of touch is clearly seen from the gratification of carrying them in one’s arms, and from their hugs and kisses – especially in the case of mothers, who are delighted by the resting of their mouth and face upon their bosoms, and at the same time then by the touch of their hands there; in general, by their suckling at their breasts and nursing; and in addition, by the patting of their naked body, and by their untiring work of diapering them and washing them upon their knees.  (Conjugial Love 396, emphasis added).

We can see that touch is more than just a superficial sensation of the skin: it can have deep-seated ramifications on our well-being – physical, emotional and spiritual. Now that we know a bit more about it, we can choose to impart our touches intentionally, make habits of giving nurturing touches, and return to our blissful state of unawareness as our conscious minds focus on more important things of the day.

(Jenn majored in Biology & Human Sciences at Bryn Athyn College of the New Church. Much of this article was taken from the thesis she wrote for her Bachelor of Arts degree, titled ‘Nurturing Touch: The Effects of Pressure Perception on the Development of Young Children.’ She subsequently trained with the International Association of Infant Massage and became a Certified Infant Massage Instructor, and is happy to help parents and carers of infants learn the strokes!)

A set of 64 cards based on the Book of Revelation – the Apocalypse of John – with 64 cards, 2 Handbooks, a Games…