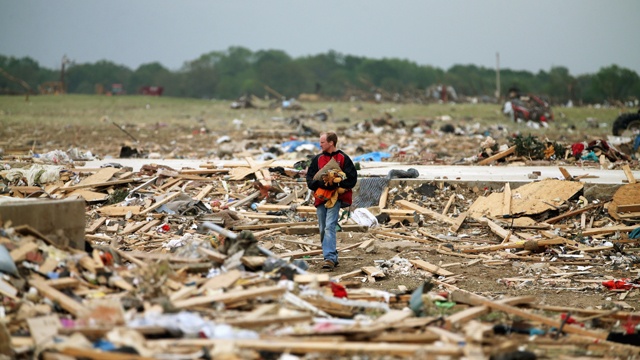 You may know that many insurance companies have a property exclusion clause that describes certain natural disasters as “acts of God”, being outside human control and inevitable. Tornadoes, earthquakes, violent winds and very high tides would be some of them. The phrase ‘act of God’ at least brings God into the tragic consequences in which He certainly is … present, supporting, caring, loving and bringing each person over from this world into the next.

But to lay the cause of something like the tragic recent earthquake in Amatrice in Umbria in Italy as something that is designated and timed in the mind of God is misplaced. God covers everything but God does not cause everything. The idea that the Lord “sends” such things makes God out to be a Viking warlord. The only things that the Lord ever sends are good things, blessings, people’s kindness, angels with us at times, and the seasons like the new spring we are awaiting.

I have two personal associations with God and natural disasters. One was after a church class on Divine Providence years ago when I was about 25. As we went out, I heard a man say to a lady that he could see how Providence worked with every single thing in life, and then added ‘but I can’t yet get my head round natural disasters’.

Some years after this I was at a weekend church retreat and a minister told us that a natural disaster happens when God needs to fill up a hole in the spiritual world! This is complete nonsense. There are no ‘holes’ in the spiritual world. When 6000 people are wiped out all at once by an earthquake, each one of them goes into the next life and takes their place in it. And without fail, each of them is welcomed, helped, given time and patience, and gradually introduced into this new level of life.

We are such ‘numbers’ people if we’re not careful. 30 people in church is great, 11 is a bit thin. Death tolls make us feel sadder as they rise higher and become the measurement of the tragedy. When a newsreader tells us that in a terrorist attack, only one person was killed, we tend to think that it’s not so bad then! In the Lord’s eyes it is on the same basis every time – no fleets of heavenly ambulances – but simply dealing with each of the people involved, and fully so.

The Lord doesn’t “send” but I do think he “takes”. He takes people safely from this life into the next. But there is something more. I think the Lord takes away the memories of those involved about the event, the horror, the crashing, the pain, and relieves them of this as quickly as possible. It is the poor survivors who will bear many years of adjustment and disturbance, and yet the Lord is with them too, helping their healing. And so are other people, and the Lord is with them too.

Natural disasters are simply the signs of a living changing natural world which is habitable by people and yet it is still settling down after its creation by God. If it was all settled and nothing ever happened, it would probably be way beyond human occupation! So I think two things come out of this: God created things and people, and in creating, he had to allow for a volatile environment and all its goings-on. This is given – God-created – so that you and I can exist!

The other thing is that such a world that erupts and cascades can help make us feel more for each other, with empathy and care, and come to appreciate life, honour the fact of death, rebuild Amatrice… And perhaps we should finish with the thought that we too have our own spiritual or personal earthquakes, there in ourselves, changing our world right around or at least giving us a wake-up call. Does God send these? I don’t think so, but I know that God is very close to us then.

I want to begin by expressing my thanks to each of the members of the Board of the New Church in Australia. I am pleased…