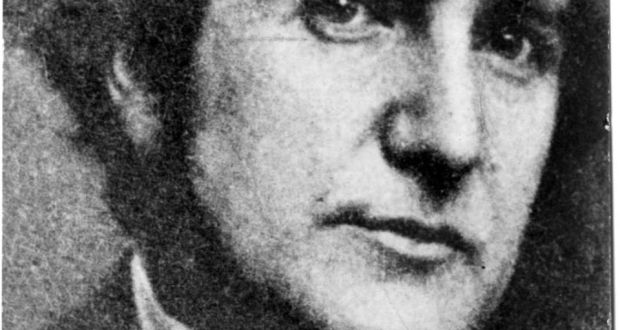 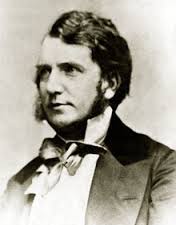 Sheridan Le Fanu (1814-1873) was an Irish writer of Gothic tales and mystery novels. He was a leading ghost story writer of the nineteenth century and was central to the development of the genre in the Victorian era.

He had a comprehensive awareness of Swedenborg’s teachings, especially those about the influence of the spiritual world upon people in this world, and in several of his novels, including his recognised greatest novel, “Uncle Silas”, he openly presented leading characters as being Swedenborgian as well as including Swedenborgian teachings and allusions more indirectly.

“Uncle Silas” is the gothic tale of Maud, a young teenage girl who lives with her father – a Swedenborgian – in Derbyshire, and who later has to live with her Uncle Silas, for whom she feels great fear. The book has been made into both a film and two TV series.

Here is Chapter 3 of “Uncle Silas” where a visitor, a friend of her father, goes for a walk with Maud and reveals to her in an interesting way the nature of life after death and the spiritual world as shown by Swedenborg.

“I think it was about a fortnight after that conversation in which my father had expressed his opinion, and given me the mysterious charge about the old oak cabinet in his library, as already detailed, that I was one night sitting at the great drawing-room window, lost in the melancholy reveries of night, and in admiration of the moonlighted scene. I was the only occupant of the room; and the lights near the fire, at its farther end, hardly reached to the window at which I sat.

“The shorn grass sloped gently downward from the windows till it met the broad level on which stood, in clumps, or solitarily scattered, some of the noblest timber in England. Hoar in the moonbeams stood those graceful trees casting their unmoving shadows upon the grass, and in the background crowning the undulations of the distance, in masses, were piled those woods among which lay the solitary tomb where the remains of my beloved mother rested. In all that concerned my father’s religion, from very early association, there was to me something of the unearthly and spectral.

“When my dear mamma died I was not nine years old; and I remember, two days before the funeral, there came to Knowl, where she died, a thin little man, with large black eyes, and a very grave, dark face.

“He was shut up a good deal with my dear father, who was in deep affliction; and Mrs. Rusk used to say, ‘It is rather odd to see him praying with that little scarecrow from London, and good Mr. Clay ready at call, in the village; much good that little black whipper-snapper will do him!’

“With that little black man, on the day after the funeral, I was sent out, for some reason, for a walk; my governess was ill, I know, and there was confusion in the house, and I dare say the maids made as much of a holiday as they could.

“I remember feeling a sort of awe of this little dark man; but I was not afraid of him, for he was gentle, though sad—and seemed kind. He led me into the garden—the Dutch garden, we used to call it—with a balustrade, and statues at the farther front, laid out in a carpet-pattern of brilliantly-coloured flowers. We came down the broad flight of Caen stone steps into this, and we walked in silence to the balustrade. The base was too high at the spot where we reached it for me to see over; but holding my hand, he said, ‘Look through that, my child. Well, you can’t; but I can see beyond it—shall I tell you what? I see ever so much. I see a cottage with a steep roof, that looks like gold in the sunlight; there are tall trees throwing soft shadows round it, and flowering shrubs, I can’t say what, only the colours are beautiful, growing by the walls and windows, and two little children are playing among the stems of the trees, and we are on our way there, and in a few minutes shall be under those trees ourselves, and talking to those little children. Yet now to me it is but a picture in my brain, and to you but a story told by me, which you believe. Come, dear; let us be going.’

“So we descended the steps at the right, and side by side walked along the grass lane between tall trim walls of evergreens. The way was in deep shadow, for the sun was near the horizon; but suddenly we turned to the left, and there we stood in rich sunlight, among the many objects he had described.

‘Is this your house, my little men?’ he asked of the children—pretty little rosy boys—who assented; and he leaned with his open hand against the stem of one of the trees, and with a grave smile he nodded down to me, saying—

‘You see now, and hear, and feel for yourself that both the vision and the story were quite true; but come on, my dear, we have further to go.’

“And relapsing into silence we had a long ramble through the wood, the same on which I was now looking in the distance. Every now and then he made me sit down to rest, and he in a musing solemn sort of way would relate some little story, reflecting, even to my childish mind, a strange suspicion of a spiritual meaning, but different from what honest Mrs. Rusk used to expound to me from the Parables, and, somehow, startling in its very vagueness.

Thus entertained, though a little awfully, I accompanied the dark mysterious little ‘whipper-snapper’ through the woodland glades. We came, to me quite unexpectedly, in the deep sylvan shadows, upon the grey, pillared temple, four-fronted, with a slanting pedestal of lichen-stained steps, the lonely sepulchre in which I had the morning before seen poor mamma laid. At the sight the fountains of my grief reopened, and I cried bitterly, repeating, ‘Oh! mamma, mamma, little mamma!’ and so went on weeping and calling wildly on the deaf and the silent. There was a stone bench some ten steps away from the tomb.

‘Sit down beside me, my child,’ said the grave man with the black eyes, very kindly and gently. ‘Now, what do you see there?’ he asked, pointing horizontally with his stick towards the centre of the opposite structure.

‘Yes, a stone wall with pillars, too high for either you or me to see over. But——’

“Here he mentioned a name which I think must have been Swedenborg, from what I afterwards learnt of his tenets and revelations; I only know that it sounded to me like the name of a magician in a fairy tale; I fancied he lived in the wood which surrounded us, and I began to grow frightened as he proceeded.

‘But Swedenborg sees beyond it, over, and through it, and has told me all that concerns us to know. He says your mamma is not there.’

‘She is taken away!’ I cried, starting up, and with streaming eyes, gazing on the building which, though I stamped my feet in my distraction, I was afraid to approach. ‘Oh, is mamma taken away? Where is she? Where have they brought her to?’

“I was uttering unconsciously very nearly the question with which Mary, in the grey of that wondrous morning on which she stood by the empty sepulchre, accosted the figure standing near.

‘Your mamma is alive but too far away to see or hear us. Swedenborg, standing here, can see and hear her, and tells me all he sees, just as I told you in the garden about the little boys and the cottage, and the trees and flowers which you could not see. You believed in when I told you. So I can tell you now as I did then; and as we are both, I hope, walking on to the same place just as we did to the trees and cottage. You will surely see with your own eyes how true the description is which I give you.’

“I was very frightened, for I feared that when he had done his narrative we were to walk on through the wood into that place of wonders and of shadows where the dead were visible.

He leaned his elbow on his knee, and his forehead on his hand, which shaded his downcast eyes. In that attitude he described to me a beautiful landscape, radiant with a wondrous light, in which, rejoicing, my mother moved along an airy path, ascending among mountains of fantastic height, and peaks, melting in celestial colouring into the air, and peopled with human beings translated into the same image, beauty, and splendour. And when he had ended his relation, he rose, took my hand, and smiling gently down on my pale, wondering face, he said the same words he had spoken before— ‘Come, dear, let us go.’

‘Oh! no, no, no—not now,’ I said, resisting, and very much frightened.

‘Home, I mean, dear. We cannot walk to the place I have described. We can only reach it through the gate of death, to which we are all tending, young and old, with sure steps.’

‘And where is the gate of death?’ I asked in a sort of whisper, as we walked together, holding his hand. He smiled sadly and said—

‘When, sooner or later, the time comes, as Hagar’s eyes were opened in the wilderness, and she beheld the fountain of water, so shall each of us see the door open before us, and enter in and be refreshed.’

“For a long time following this walk I was very nervous; more so for the awful manner in which Mrs. Rusk received my statement—with stern lips and upturned hands and eyes, and an angry expostulation: ‘I do wonder at you, Mary Quince, letting the child walk into the wood with that limb of darkness. It is a mercy he did not show her the devil, or frighten her out of her senses, in that lonely place!’

“Of these Swedenborgians, indeed, I know no more than I might learn from good Mrs. Rusk’s very inaccurate talk. Two or three of them crossed in the course of my early life, like magic-lantern figures, the disk of my very circumscribed observation. All outside was and is darkness. I once tried to read one of their books upon the future state—heaven and hell; but I grew after a day or two so nervous that I laid it aside. It is enough for me to know that their founder either saw or fancied he saw amazing visions, which, so far from superseding, confirmed and interpreted the language of the Bible; and as dear papa accepted their ideas, I am happy in thinking that they did not conflict with the supreme authority of holy writ.”