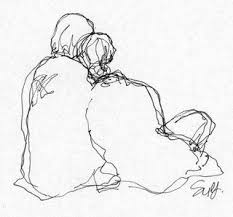 (The following article was forwarded for inclusion in The New Age. It is thought-provoking and touching on many people’s concerns. It is by Hal Rosner who does Logopraxis in America and is undertaking the Certificate Course with the Australian New Church College. It was his final assignment in the Life of Swedenborg course.)

To many readers new to Swedenborg, his work “Conjugial Love” is likely to be perceived as outdated and certainly out-of-step with the 21st Century and modern times. His exploration of what constitutes a truly spiritual marriage covers a range of topics sure to be a lightning rod for debate and criticism. And let’s not forget that devoted members of the New Church will regard the book as Divinely inspired, God using an 18th Century Swede as a mouthpiece for revelation. Flashpoint topics might include—and certainly not be limited to— legitimate causes for a man to take a mistress; a vague (at best) discussion of homosexuality; an endorsement for female virginity as the imperative ideal for eternal marital success; and that if men are not able to contain a heated sex-drive then, by all means, secure a “fallen woman” to curb the lust that might distort or otherwise diminish one’s prospect for a chaste marriage.

Despite the quirks and head-scratching teachings, Conjugial Love has remained my go-to belief system for my marriage, where attainable ideals are presented. Reading Swedenborg’s divinely instructed Writings requires going deeper than the face-value text. Beyond the discussions of male and female, betrothal ceremonies, courtship protocol and more, exists deep philosophical and spiritual truths. Conjugial Love is more than a guidebook on marriage, its true purpose is to give an overview about God and His Church, and the essential conjunction of good and truth.

Seemingly added on as a post-script, Conjugial Love includes a smaller work titled “The Pleasures of Insanity Pertaining to Scortatory Love. Using Swedenborg’s numerical referencing system, 108 “numbers” constituting about 18% on Conjugial Love’s content focus on a very dark side of human behaviour and consciousness. George Trobridge’s biography “Swedenborg: Life and Teaching” devotes a chapter to Conjugial Love titled “Sex and Marriage”, and in its opening paragraph points out that in Swedenborg’s day “morality shouted out for reform, especially sexual morality.” In addition, promiscuity reigned and was openly accepted, and marriage as an institution was “held up to ridicule.”

Conjugial Love, according to Trobridge, was Swedenborg’s offering of a new concept of marriage, and also an endorsement of sexual intimacy between married partners. Conjugial Love then is the Lord’s offering to humanity, a gift that leads to the “highest form of human happiness.” Conversely, Scortatory Love is an exploration of man’s darkest nature and impulses—his compulsions and desires. Swedenborg does not back down or shy away from his descriptions, comparing such evil affections to vermin, excrement, and foul-smelling dark, dank spaces of habitation.

In our world today, such places of darkness are found on the internet, a true “world wide web” of deceitful allurements, seductive entrapments, and soul-killing addictions. A deep reading joined with contemplative thought given over to The Pleasures of Insanity Pertaining to Scortatory Love provides a wealth of insight and truths, that shine light on the seductions, lustful engagements, insane pleasures, and finally, the resulting “hell.”

For the sake of this discussion, pornography and scortatory love, with the exception of a few nuances of meaning are to be viewed as largely interchangeable terms. Both terms include references to lasciviousness, lewdness, promiscuity and licentiousness.

If morality toward marriage and sexual behaviour was at a low point in Swedenborg’s day, one might wonder where such a comparison might stand today. Scortatory Love seems now to be a prescient work that portends the rise of pornography in the early part of the 21st Century. The internet then providing a platform for exponential growth and permutation into multiple aspects of Western culture. This phenomenon, when viewed in the context of what divine truths can teach us, may well provide the framework for understanding pornography’s corrosive impact not only on spirituality and spiritual growth but also marriage and the preservation of one’s soul.

Conjugial Love 424 ask a series of question that might explain the rise of pornography’s popularity— arguably—were it to be found in a vacuum. However omnipresent it may seem, pornography’s presence needs to be regarded as temporal, a product of the natural world’s sensuality, for “… who can know what is evil and false, unless he knows what is good and true?” Further, 424 asks if one does not know what is chaste and beautiful, how can one know what is unchaste and un-beautiful?”

This is a large scale and weighty starting point: if “ground-zero” starts where truths from the Divine have not been received, understood, and accepted into a spiritual life and practice that includes an ability to discern good and truth; AND if nothing of innocence, chastity, peace and beauty have been experienced; AND finally, if one has no sense of a spiritual world and an eternal life beyond this natural world, it would seem that the stage is set for pornography’s seduction and opportunistic allurements to avail themselves.

As a consequence, the divine gift of freedom to choose good—-along with a spiritual and moral life—is potentially removed at the outset, even at a very young age.

Pornography’s immediate availability opens the user to what Swedenborg characterizes as “a frenzy of the flesh that takes away the freedom or reason from his understanding.” As noted in CL 488
Conjugial Love’s translation, also used by Trobridge of “love of the sex” in modern usage might be rendered as “sexual desire.” Our sexualized culture, reflecting pornography’s influence appears to be pervasive and systemic into all aspects of modern culture, adding fuel to the “frenzy of the flesh”. Beyond the screens, viewed in privacy, our culture perpetuates a commoditised sexuality for entertainment, giving media fuel and impetus, scandal, idol worship, and newsfeed content. Western’s culture of frenzied flesh leave God’s “still small voice” and His unceasing reaching out to us largely snuffed, muzzled and inaccessible, the consequence being a breach or compromise of man’s freedoms to access truth and apply them to his life for the sake of his salvation being grievously diminished.

Trobridge cites in CL 200 that conjugial love “opens the interiors of the mind” and that as result we become “a more and more interior human being.” So, along with beauty, happiness, and the phenomenon of becoming more human, one can anticipate —through faith, commitment and actionable effort, a love (that) becomes clean and pure daily to eternity.” CL 64

Conjugial Love lays the groundwork for many blessings, but scortations, rampant sexualization and pornification of society appears to loom large, snuffing out innocence. Indeed, “the evil of scortation more than any other evil, fouls the internals of the mind.” Moreover, as pornography’s addictive allurements permeates the soul, it must be understood “that nothing more pollutes and befouls a man and brings the infernal into him” (CL 477)